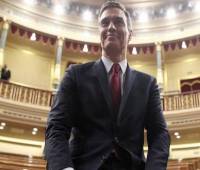 The government’s partners are targeting commerce (the big companies), and may extend this tax to hotel chains, airlines and other “deserving” sectors.

The tax model for this tax, which escapes from the corporate (profit) tax to form another type of tax, on a temporary or exceptional basis, has not been specified. Without specifying the tax base and the tax rate, it is premature to make any judgement. The estimate is also premature, as it may be high or zero, depending on how it is designed.

What is not clear is that it is a tax (as it is more in the nature of a fine (an administrative sanction requiring the payment of an amount). A fine requires recognition of an irregularity, a non-compliance. In this case the irregularity would be the “extraordinary benefit” (fallen from the sky, which means free of charge, achieved without effort). In this case it is necessary to know what “extraordinary” means, where it starts. It is necessary to take into account the cycle and on which reference point the “extraordinary” starts to appear.

Another difficulty in this case is the claim that this is a left-wing tax figure. The reality is that, for the moment, the governments that have embraced this strategy are right-wing, opponents of classic social democracy. So it is not advisable to make a premature ideological adjudication as it does not stand up to verification.

These taxes have the appearance of fines, as those affected are described as bullies, enemies of the common people who enrich themselves at the expense of defenceless citizens who are subjected to force. Their temporary nature, for a few months, brings them closer to the concept of a fine, rather than a classic tax.

Another of the confusions is the finalist nature of these fines dressed up as a tax. In fact, they are levies that go to the treasury, from which social and current spending is then financed. Finalist taxes, destined to a predetermined object, have a bad fit, they are not described in the doctrine. Some fees and public prices for well-defined services are finalist, but not the so-called taxes.

So the model suffers from confusion, imprecision and insufficient information. Moreover, the Minister of Finance insists that they are not expenses that can be transferred to costs, and that this will be monitored and penalised, which reinforces the idea that they are more of a charge than a tax.