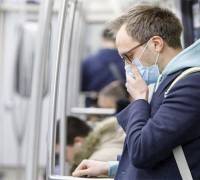 It was a Persian market that was ripe for abuse, fraud, deception and profiteering, which demanded speed and audacity. Although an attempt was made to centralise purchases in the Ministry of Health, it was unable to do so. And each autonomous and local government, each public and private body embarked on the adventure of purchasing in this market without rules.

It made sense to lift the ex-ante controls, as it was necessary to buy quickly, without bureaucracy or too many questions. But that does not mean abolishing ex-post controls, to verify that the supplies were obtained correctly, that the contracts could withstand subsequent verification.

What we have learned with some of these contracts, namely those involving brothers, cousins, friends and the like is scandalous, though insufficient. What was contracted by the Madrid funeral company is not explained, the process is not understood, nor the margins, nor the commissions, nor the taxation of the beneficiaries. Everything is vague, partial, obscure… and it would be quite simple to explain the whole process of these contracts. The mayor of Madrid has been vague, grumpy and opaque. The City Council says that everything was correct (as the Community says about the case of the brother) but it does not explain the trajectory, the traceability of the process from the arrival of the offers, the acceptance, the delivery, the payments, the commissions…

And the Madrid case is not the only one that is striking and suspicious; other contracts in different administrations warn of the existence of irregularities that can be investigated. So far we know that the scandals have arisen from warnings from the Bank of Spain (Anti-laundering Service) and leaks from some banks. The Public Prosecutor’s Office has been following in its wake, responding to complaints. Which is logical. But the administration itself, and more specifically the General State Comptroller’s Office and the Court of Auditors, are responsible for ex-post control of the use of public resources.

This goes ex officio, but given the exceptional nature of the case, the government should commission a qualified public body, even with the help of an independent private entity with experience, to carry out what is known as “forensic”, i.e. a detailed analysis of all supply contracts to describe their traceability and coherence. There are a few thousand contracts that are documented, that can be modelled to compare prices, qualities, quantities, suppliers, commissions… to compare, to explain and, finally, to derive responsibilities when necessary.

To be accountable, to explain, characterises democracies; not to do so is typical of autocracies and semi-failed states. The forensic on the masks can be done in a few months to give peace of mind and confidence to citizens.