The Media And The PP: To Inform, To Express An Opinion Or To Decide 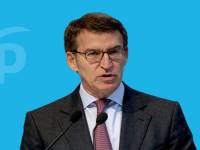 In addition to informing, journalism has another function, which is to give an opinion on events. Opinions well differentiated from the information and the views of others, which help readers or listeners to understand and form their own judgement. Everything is quite clear and journalists know it.

There is an additional, more debatable function, that of influencing and determining events, which usually involves taking sides and demanding what decisions should be taken; how to shape the course of events. A complicated and dangerous task as it threatens to compromise all of the above, information and opinion.

Some of the media of reference, those described as influential, faced with the PP crisis have taken on the three functions with an enthusiasm that can be dangerous. Especially if they subordinate the first two, information and opinion, to the third: that they do what we demand of them. At least ABC and El Mundo, to give specific examples, have decided in advance what should happen in the PP and have evicted Pablo Casado and his team as party leaders. In other words, they have taken sides in a conflict between parties. And they have done so explicitly, in front pages and editorials, as well as in information and opinion. That said, this is an inevitably plural scenario in which there are people of all kinds, from competent and professional journalists to those who are aligned without fissure or doubt.

This crisis has been going on for a long time, due to unaddressed PP errors. It is the result of unbridled ambitions for power and involves the deployment of manipulative tactics that use and distribute truths, half-truths and lies; that reveal less than they conceal and that seek irreversible coups d’état.

All of this is prime material for journalism to fulfil its function: to uncover the truths and avoid the lies and manipulations. If we list the facts coldly we will discover there are too many holes in this crisis, both in the sequence of events and in the acknowledged facts and appearances. There is an abundance of voices and declarations from people who do not know the half of it, but who are throwing themselves at their opponents, taking advantage of the turning tide.

For the ordinary citizen who seeks clear and conclusive explanations, the noise of the environment is deafening and confusing. So much so that he or she is suspicious of everyone and everything. The art lies in not allowing oneself to be manipulated, although the incentives to let oneself be seduced are irresistible, whether for convenience or for concrete returns.

To inform and give one’s opinion is already a lot, to give in to the temptation to determine events is stupid arrogance. Pablo Casado has been complaining for months about the hostility of the media apparently more aligned with his ideology, and now he has irrefutable proof that he was right.