To NAV Due To Rate Hikes: BUY Colonial

The Socimis Are Already Trading At Big Discounts Of 55%-65% 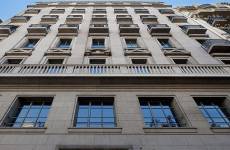 Our analyst team’s view: Negative news, although to a large extent already discounted by the main Socimis. For that reason, they are trading at huge discounts, of between 55% and 65% to NAV (net asset value). In our report on the Property Sector we already anticipated these possible reductions in valuations. As a result, we believe it is still soon to enter the sector. The dividend yield demanded from the listed real estate firms will still have to increase a bit, to levels close to a global 5% average vs 4.4% currently. That said, we do see some opportunities for long-term investors and those with a high risk tolerance.

Vonovia, European leader in rented residential housing, is already discounting an excessively negative scenario, with a dividend yield estimated at over 7% and a discount to NAV of 60%. In the US, we flag: i) Welltower, linked to health, particularly to old people’s homes; ii) Prologis, world leader in logistic assets; iii) Digital Realty Trust, specialising in data centres. In Spain, we only have a Buy recommendation on Inm. Colonial.