Spanish Budget 23: Expansive And Electoral (What The Government Knows How To Do) 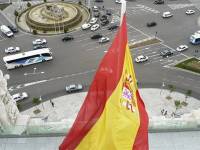 For the next three years, a deficit of over 4%, with or without growth. Optimism with revenues, at the service of which growth expectations are placed, and prodigality in spending sustained by more debt.

Of course, these are not the Budgets needed to bring down inflation, nor are they the right ones to recover lost productivity and competitiveness. But these are medium and long-term objectives that require stepping on some toes, and that does not suit the essential objective of these accounts: the short term and winning the immediate elections.

All rulers have their eyes set on retaining power; reforms are made at the beginning of the term of office, when there is time for their convenience and effectiveness to be felt. Never at the end of the mandate, when the urgent thing is to retain votes and win as many as possible. Even more so in coalition governments which have to sustain votes with concessions to each partner.

This is a weak government, in part, which does not mean that it will not last the entire legislature. Neither does the opposition have the power to finish the legislature, nor do the coalition partners (government and parliamentary) have any interest in anything other than maintaining the current system; any change would be for the worse.

These are not the best budgets, but neither is that optimum possible, nor even the sub-optimal first or second. The growth estimates are much higher than those of the Bank of Spain, but it is the government’s estimates, which underpin the expansionary and electoral Budget 2023, that suit them. Moreover, the estimates are overestimated in these times, they are very provisional and subject to uncertainties, therefore the government makes its own estimates and if they have to be changed later, they are changed. In its favour are the real data for 2022, better than those estimated in the latest forecasts of the usual analysts. Also the actual collection data, above the forecasts.

It is obvious that expectations for the immediate future are not favourable, the sentiment of economic agents (all of them) is negative, fearful. They warn of a drop in investment, consumption, production… but it remains to be seen, excuses and unforeseen events will abound. Without losing sight of the power of oblivion.

The 2023 Budget will be approved shortly and will come into force on 1 January. Pensions will have their increase and civil servants, a little less, but still an increase. The promises of investment are alive and well and the cheques are being handed out at full speed. These are the budgets of this government and its partners, the ones that can be allowed to conform to their objectives.