Spanish Banks’ Non-Performing Loans Fall To 4.4%, The Lowest Since 2009 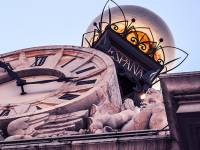 To deal with possible defaults, the provisions of financial institutions stood at 39,668 million euros in June, 1,427 million less than in the previous month, a decrease of 3.47%. This is the third consecutive month of decreases, after uninterrupted increases between November 2020 and March 2021. These provisions are 2.1% higher than a year ago.