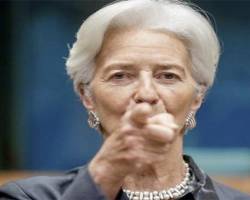 Laura Becerrra (CaixaBank Rsearch) | One of the les­sons of the 2008 global fi­nan­cial crisis was that fi­nan­cial con­di­tions can have a sig­ni­fi­cant im­pact on the eco­nomy. We also learnt that changes in cen­tral banks’ of­fi­cial in­terest rates are not al­ways suf­fi­cient to cap­ture all the in­ter­ac­tions bet­ween the fi­nan­cial system and the real eco­nomy.

Variables such as credit growth, financial market volatility and spreads between various assets in different risk classes are also components of the prevailing financial conditions and affect the behaviour of consumption, savings and investment. It is this world of financial conditions as a whole that ultimately influences the performance of the real economy.

Indeed, the ECB itself acknowledges this in describing financial conditions as the «compass that guides monetary policy». Therefore, if we want to get a better understanding of monetary policy decision-making, we must pay close attention to changes in financial conditions. To do this, there is an important initial step: knowing how to measure them.

With the aim of «taking the temperature» of the financial environment which determines macroeconomic performance and thus the ECB’s decisions, we have created an index that measures a wide range of financial conditions (see table). In the first chart we can see the evolution of this index by component since 2004. An important first message emerges from the chart: the tightening of financial conditions at the height of the COVID-19 pandemic was significant, but less than that observed during the 2008 financial crisis or the euro area sovereign debt crisis of 2012. Despite the intensity of the COVID-19 crisis, it is very different in nature to those that preceded it: the source of the crisis is not financial, the economy was in a reasonably good state to begin with and the drop in economic activity is temporary. Moreover, all spheres of economic policy have acted quickly and decisively to protect the productive fabric of the economy.

This buoyancy in the US economy has translated into an elevation of the long section of the sovereign yield curve,which the Fed has tolerated since it is in response to an improvement in the economic outlook. However, given the global nature of the financial markets, this rally could drag the euro area’s financial conditions into territory that would be unfavourable for the economic recovery. For this reason, at its latest meetings the ECB decided to «significantly» accelerate the rate of purchases under the PEPP, at least during Q2 2021, in order to «prevent a tightening of financial conditions».

However, our index does not reflect a tightening of the euro area’s financial conditions. In the last chart we can see that both the index and the fixed-income sub-component were relatively impervious to the rally in euro area sovereign yields. On the one hand, short-term interest rates and sovereign risk premiums have remained stable since the beginning of the year, so they have not contributed to a tightening of financial conditions.

In addition, the CaixaBank Research Financial Conditions Index suggests that these are particularly sensitive to corporate fixed-income markets, interbank rates and stock market volatility, while fluctuations in the bund have less of an impact (see appendix). These segments, unlike Germany’s sovereign rates, have not accompanied the tightening of US interest rates. For this reason, perhaps it should come as no surprise that the increase in the pace of purchases under the PEPP in Q2 has been smaller than some analysts expected.

Economists and market analysts have used different methodologies to summarise a range of financial variables in an index which acts as a «thermometer» for the financial markets and generates alerts for economic policymakers.

There are several valid ways to calculate financial conditions indices. In this document, we present a new index for the euro area covering the period 2004-2021. Some of its main advantages over other indices are as follows: (i) it is based on a comprehensive set of data, (ii) it allows the contribution of each of its components to be identified, and (iii) it has a high frequency (daily or monthly) and provides real-time information.

Principal component analysis (PCA) methodology is used to calculate the index, which allows the co-movement of a wide range of financial variables to be separated out. Our financial conditions index corresponds to the first principal component (PC) that is obtained with all the variables selected.

To ensure that the PCs drawn out of the analysis are not skewed by the units of measure and the relative magnitude of the individual series, all variables are standardised with a mean of 0 and a standard deviation equal to 1. Thus, the index has a mean of 0 and its values are interpreted as deviations from the historical average of financial conditions. When the index has a positive value, financial conditions are tighter than the historical average, and vice versa. Finally, the index is adjusted by isolating the component of financial conditions that has no correlation with economic conditions. This is done by calculating the index using the composite PMI and then excluding it by assigning it a weight of 0.

The variables selected in our index are well supported in academic literature. The first chart in this appendix shows the relative weights of each component within the index. For instance, an increase in corporate credit spreads, sovereign risk premiums or stock market volatility is associated with a tightening of the financial conditions index. In contrast, greater credit growth and a rise in stock prices are associated with a loosening of financial conditions. In the case of the variable related to monetary policy (Germany’s short-term sovereign interest rate), the sign is negative (an increase in rates is associated with a loosening of financial conditions). While this result may seem counter-intuitive, it is consistent with that obtained by Angelopoulou et al. (2014) and reflects the co-movement between this interest rate and the other variables in the sample period 2004-2021.

As an example, in periods marked by an improvement in the economic outlook, short-term interest rates may increase with expectations of higher official interest rates. However, what the PCs detect is that this movement may potentially coexist with widespread stock market gains and more relaxed financial conditions.

The last chart compares the index itself with two benchmark alternatives: those produced by Bloomberg and Goldman Sachs. All three follow a very similar pattern and successfully capture both global financial events and those specific to the euro area. Consistent with the economic literature, there is an apparent asymmetry between the index’s peaks and troughs: periods of financial stress appear more pronounced than times in which relaxed financial conditions prevail.

During the period analysed, three peaks of stress in financial conditions are identified. The first occurs during 2008-2009 the financial crisis, following the collapse of Bear Sterns in early 2008 and particularly after Lehman Brothers declared bankruptcy in September of the same year. The second peak occurs in mid-2011 with the Greek debt crisis and Portugal’s financial bailout agreed between the EU, the ECB and the IMF. Finally, there is another, less pronounced period of stress as a result of the COVID-19 crisis in 2020, which has been quickly offset by the ECB’s decisive and unconventional monetary policy measures, as well as by a wide array of fiscal measures.