The Mirage Of The Recovery Plan 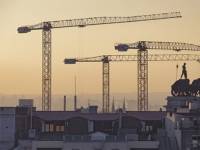 Once again, we are being taught lessons in how to react to adverse conditions. Not for the first time. In the previous financial crisis, the Franco-German Board of Directors completely missed the point by not taking into account the consequences of the banking collapse on the real economy. Now it is starting from an accurate diagnosis but lacks a coherent strategy. More out of necessity than out of deep conviction, there is a broad consensus in favour of a fiscal policy-driven exit, as monetary policy does not have enough room for manoeuvre. However, it’s a question of pactising what you preach.

A good example of this is the voluntarism in designing rescue plans for the most vulnerable economies affected by the crisis. Far from tackling the concrete problems derived from the collapse of activity and the consequent reduction in the solvency of companies, Brussels has devised, from the simplistic vision of the offices, an agenda for the future that time will take care to disprove. Just look at the mediocre results of similar strategies in the past.

Now, ignoring the present weaknesses, the plan is to embark on the futuristic adventure of green transformation and digitalisation, which are set to take up two thirds of the funds. There is a large margin for waste. Not to mention the perverse effect of accelerated digital investment aimed at replacing jobs in a country, such as Spain, which suffers from considerable structural unemployment.

Once again, Europe is chasing chimeras. At the beginning of the last decade it tried to catch up in the computerised economy. And as far as is known, far from narrowing, the gap with the United States and Asia, has been growing inexorably. The aim now is to accelerate the transformation to a fully sustainable economy, a laudable goal. Digitalisation will contribute to this goal, but at the cost of reducing the overall supply of jobs. We will see how the need to achieve these goals with public funds is justified.

The only winners in these efforts not to be left on the shelf will be the consultancy firms, specialists in dressing up bare bones. There is no deluding ourselves. We will get out of the hole into which the crisis has thrown us by sheer inertia, once normality gradually returns and consumer and investor confidence is restored. In our case, on the back of traditional sectors such as tourism and leisure activities. It is illusory to pretend to renew the economy overnight. Especially when our role will be reduced, to a large extent, to transplanting technologies and devices developed by others to our soil.

It would be more effective to introduce the structural reforms essential for modernising our economy. From a justice system which provides certainty and settles disputes swiftly, to taking competition policy seriously, so often neglected if not reviled. From eliminating the disincentive to employment represented by taxation that disproportionately taxes the labour factor, to the duplication and waste caused by a territorial structure of the public sector that is so inefficient. From the promotion of an environment favourable to business activity, eliminating obstacles and useless red tape, to an in-depth promotion of vocational training based on close collaboration with industry. From creating a social housing stock that meets the needs, instead of promoting rent restrictions or tolerating squatting, to implementing effective policies to protect families, dependents and the most vulnerable. Not to mention the urgency of reforming the pension system to ensure its sustainability over a reasonable horizon without waiting to fill gaps as they arise.

Our future development will depend on our willingness and ability to implement so much pending reform, with funds from Brussels contributing to a much lesser extent. One need only glance at the recovery plan presented by the government to see how little ambition it has in this regard. Politically correct platitudes abound, such as the abundant and systematic appeal to the inclusion and empowerment of women. Without undervaluing this objective, it does not seem that the serious problems the country is suffering from can be solved with gender equality policies. The European Commission’s endorsement of such a generic plan is no guarantee of success, as experience shows.

We will emerge from the quagmire, yes, but weakened after a long convalescence. Returning as soon as possible to the path of fiscal discipline, without waiting for a recommendation from Brussels, and preserving as much as possible of the productive structure must be priority objectives. Without a rebalancing of public accounts and a solid recovery of what already exists, bets on future transformations would be tantamount to leaps into the void. They look good on the surface, but are of little use when the going gets tough.