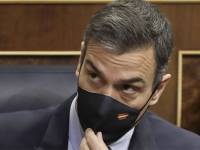 Joan Tapia (Barcelona) | The crisis caused by the co­ro­na­vi­rus, which has been going on for more than a year now, is far from being over. But per­haps the worst thing is that a la­tent pes­si­mism – un­jus­ti­fied but real – all too often obs­cures data and reali­ties which lean to­wards a cau­tious and reasoned op­ti­mism. If we add to this the po­li­tical tur­moil, we find our­selves – more so in Spain, but not just here – faced with an ex­treme con­fu­sion that al­ters reality.

In Spain there is data, now that Easter has passed, that should tilt the balance towards moderate optimism. Unemployment fell by 59,000 people and 70,000 jobs were created (weak for a month of March). But at the same time, 140,000 workers left the protection of the ERTEs, bringing 210,000 people back to real activity.

We have 400,000 more unemployed than a year ago, which is serious, but the ERTE mechanism has softened the social effects of the crisis. We had 3.5 million workers in ERTE and now there are only 740,000 left. And the number of people affiliated to Social Security at the end of the last quarter, 18.9 million, is quite similar to last year. It is true the 740,000 still in ERTE are a potential threat, as there will be companies – especially in the service and hospitality sectors – which will end up closing. However, the outlook for vaccinations, once the EU seems to have resolved the serious supply problem of the first quarter, indicates the worst is not the most likely scenario. March has once again shown that when mobility restrictions are eased, the economy and employment pick up.

This is confirmed by March’s proven PMI index, which has been very good for the European Union, including Spain. At a 171-month high since end- 2006.

And there is more. In its April outlook, the IMF has raised Spain’s growth forecast for the second time (the first was in January), establishing it at 6.4%, above that of Germany (3.6%) and the euro zone. Of course we will grow more this year because we contracted more last year. But we will grow strongly and according to the IMF – it is a shame to write it – the same as the United States. That said, we will continue with high unemployment (as always) and with public deficit problems (as always).

The economic data encourages cautious optimism despite a social climate tending towards defeatism. Moreover, Spain is immersed in great political tension. And there is no shortage of reasons for this. In Catalonia, the PSC won the elections but the pro-independence movement, split into three parties, revalidated its absolute majority. And almost two months after the elections, they are unable to elect a president of the Generalitat and it cannot be ruled out that the elections will have to be repeated. And a very divided Catalonia can hardly contribute to Spain’s governability and stability.

And Spain would need it. The early elections in Madrid, called by Isabel Díaz Ayuso, could paralyse political life until May 4.

These elections – in principle only regional – are already being considered as primaries for the next general elections. There is a right-wing with few complexes and waving the flag of tax cuts and anti-communism (with Iglesias as an excuse). It is facing a Spanish government presided over by a social democrat with alliances to the left and with Basque and Catalan nationalists. A “liberal” management of the coronavirus faces a more restrictive one, inspired by Pedro Sánchez.

The result will have consequences. If Ayuso obtains an absolute majority, or can obtain it with minimal support from Vox (without incorporating it into the government), it will be a great triumph for the Madrid president. Sánchez will have an implacable counter-power in Madrid.

If Ayuso needs a coalition in which Vox has a prominent presence, things will be less clear. Sánchez will emerge defeated, but with the strength to embody “salvation” in the face of a right that is confused with the extreme right.

And there is a third possibility. Ayuso, as the polls suggest, could come out on top, or she could win the elections but not have an absolute majority and run out of partners to turn to. In the latter case, the right would be in serious trouble. Ayuso would have won the elections, but lost her risky gamble.

In the meantime, everything is blocked, or conditioned, while awaiting the results. Will the political “impasse” harm the economy and employment? Let’s hope not. Or not too much. What is certain is that it will not help.