Government Vs Electricity, A Conflict That Remains 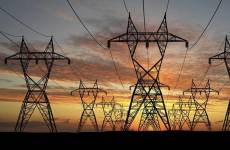 The two major electricity companies did not participate in this week’s renewable energy tender. In not doing so, they made a reality of the warning that in conditions of regulatory uncertainty, it is necessary to think about it before investing.

The government, the Moncloa, previously decided to impose the decree to intervene in the income of the electricity companies with the commitment to rectify it immediately. If the regulation had to be modified, did it make sense imposing it? But the aim was to make it clear who is in charge here, and that undesirable things happen to those who disagree with the government. In the background, an outdated ideological debate reappears, albeit one with a popular audience: big business must be punished because it abuses and accumulates too much power.

On the part of a sector as regulated as the electricity one is, resisting the authorities and being opposed to them is risky, as the BOE can complicate the bottom line. Particularly when those who draft it are irritated and act without consideration or sensitivity to the consequences, both intended and unintended.

The reality to date is that several upstream industries have stopped production to avoid incurring disproportionate costs which will ruin their bottom line. And those that cannot shut down are forced to assume costs that were not on their risk map before the decree.

Electricity prices are a complicated, sensitive issue, difficult to explain, requiring good management, understanding and certain complicities. Especially when they carry historical burdens and serious errors committed by all governments over the last forty years.

Nothing good can come out of this public and high profile conflict between the government and the sector; it is a game of subtraction with third party losers (domestic and industrial consumers) and with the reputation of both sides weakened. In short, it is a stupidity from which only demagogues will profit.

The rectification of the decree, however much dissimulation is applied, will require visibility and acknowledgement of a mistake. Meanwhile, the sector will have to show a lot of humility, offer explanations and make intelligent gestures to pacify all those involved. This is more about being successful than being right.