The Fiscal Stimuli In 2020 Will Be Of A Similar Scale In Germany, Spain, France And Italy 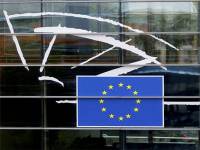 The ECB has once again been the first player to move decisively and effectively, but monetary policy alone will not be enough. Fiscal policy must also play a leading role.

What fiscal measures have been announced in Europe?

In this regard, the governments of the various euro area countries have announced a large number and wide variety of fiscal measures since this crisis began. We summarise these measures in the table, classifying them into those with a direct impact (such as VAT cuts or temporary staff furlough measures like Spain’s ERTEs), tax deferrals and guarantees for firms. This table highlights the differences in the scale and strategies of the fiscal responses between the various countries. In Italy, for instance, the direct-impact fiscal measures announced so far (3.4% of GDP) have been much smaller than those announced by Germany (8.3% of GDP), while the amount of the guarantees proposed has been considerable. In Spain, the measures in all three categories seem timid compared to the rest of the major euro area countries.

While the figures in this table receive considerable media attention, there are several reasons why they are not, in actual fact, an accurate measure of the fiscal stimulus in 2020 in each country. Firstly, not all the measures announced will have an impact this year. For example, part of the German stimulus package includes long-term green investments with a budgetary impact well beyond 2020. Also, of the large quantity of state guarantees announced in each country, only a fraction has actually been used. In addition, the table only reflects discretionary measures, so it does not provide an indication of the magnitude of the automatic stabilisers in place in each country (such as the automatic increase in spending on unemployment benefits or the fall in tax revenues), which also form part of the fiscal policy contribution to the stabilisation of the economy.

How can we estimate the fiscal stimulus in 2020 in each country?

One way to estimate the effective fiscal stimulus in 2020 in each country is to compare the projected fiscal balance in 2020 with that of 2019. According to the latest forecasts from the consensus of analysts (July 2020), the deterioration in the fiscal balance in 2020 will amount to 8.6% of GDP in Germany, 8.1% in Spain, 7.6% in France and 9.4% in Italy. This suggests that the fiscal stimulus of the major economies in 2020 will, in fact, be more similar than one might be led to believe based on the measures summarised in the table.

The effectiveness of the fiscal measures

Finally, the effectiveness of the measures taken, and not just their size, will be key to how they impact growth. During the crisis, the most fficient measures will be those that manage to maintain the productive fabric of the economy. In this regard, the temporary workforce reduction programmes, such as ERTEs in Spain, Kurzarbeitgeld in Germany and chômage partiel in France, which represent a large part of the increase in expenditure in these countries, play a particularly important role, as they maintain the labour relations that exist between firms and their workers and thus prevent a sharper and more persistent increase in unemployment. During the recovery phase, however, it will be important to take measures that help the economy to recover to its potential level as quickly as possible. Furthermore, these measures should facilitate the economies’ transformation towards more sustainable models that are also more productive. Lastly, given the important economic links between European economies, one of the key factors for ensuring that the fiscal stimulus is effective will be for it to occur in a coordinated manner. Indeed, it is widely documented that a fiscal stimulus in one euro area country generates positive externalities in the rest of Europe’s economies. In this respect, the suspension of European deficit limits is a positive development, since these restrictions are not compatible with the fiscal support required in these circumstances. Finally, the recovery plan agreed in July by the European Council, which includes some 390 billion in grants to Member States, will also provide important support for the recovery of the European economy and represents an addition to the national fiscal responses.