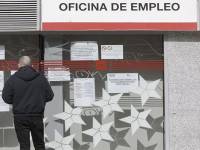 The Bank of Spain forecasts the unemployment rate will rise from 14.4% in the first quarter, when the virus had an impact on the last two weeks of that period, to 20%. This means the number of unemployed will far exceed four million.

The unemployment figure for June, as was the case in March, April and May, does not include workers who are suspended from work or whose hours have been reduced as a result of an temporary employment regulation file (ERTE). This is because the definition of registered unemployment does not count these people as unemployed. In this regard, the glass is also half full and half empty. A total of 1.17 million people ceased to be covered by an ERTE during the month of June. This leaves 1.8 million workers with their contract still totally or partially suspended. Overall, since 30 April, 1.56 million workers have exited the ERTE situation.