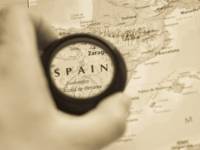 POSTED BY: THE CORNER 1ST JULY 2020.-The National Institute of Statistics (INE) con­firmed the his­to­rical co­llapse of Spanish GDP: it de­clined 5.2% until March due to Covid-19, its big­gest quar­terly fall re­corded in the his­to­rical se­ries. With the sharp drop in GDP in the first quar­ter, Spain is fa­cing re­ces­sion. Two con­se­cu­tive quar­ters of ne­ga­tive growth are re­quired for an eco­nomy to enter what is con­si­dered a tech­nical re­ces­sion. And a con­trac­tion of GDP in the se­cond quar­ter, greater than that in the first, is taken for gran­ted. This is due to the fact that the pe­riod April-June was af­fected by the pa­ralysis of many eco­nomic ac­ti­vi­ties re­sul­ting from the im­ple­men­ta­tion of the state of alarm.

The shock faced by Spain is greater than that of neighbouring countries, due to its dependence on tourism, its high unemployment rate, the increase in public debt, the ageing population and reduced levels of competitiveness.

The European Fund will bring relief to Spain. It is expected the funds and loans granted to the country will reach 11% of GDP. They will include a conditionality forcing the introduction of structural reform. And these can lay the foundations for more stable future economic growth that will increase competitiveness.

In this context, the Bank of Spain has warned of how deep the recession will be and proposed reforms to deal with the damage caused by Covid-19. In its Annual Report for 2019, it focuses on analysing the pandemic and its economic effects, warning this recession will cause some persistent damage to the economy’s growth potential. The report, published yesterday, argues that the only way to bring the country’s accounts back under control after the pandemic will be the combination of fiscal adjustment and structural reforms. The Bank of Spain proposes extending the tax moratorium for SMEs, maintaining the ICO guarantees to be able to finance small businesses and increasing the public aid programme.

Furthermore, high levels of public debt will force Spain to embark on far-reaching budgetary reforms, which will reduce its deficit and debt. To this end, the Bank of Spain proposes eliminating part of the super-reduced VAT rates and eliminating exemptions, deductions and reduced special rates currently in force in the tax system. In fact, the entity warns that in “a hypothetical scenario in which the authorities do not make a structural fiscal effort in the next ten years, the ratio of public debt to GDP would remain well above 100% at the end of 2030.”

The central bank also recommends the adoption of the public expenditure review proposals prepared by the Independent Fiscal Accountability Authority (Airef). In addition, a reform of the social security system to ensure the sustainability of the public pension system. These recommendations are just an advance of what Brussels will require from Spain in the European semester of 2021, looking ahead to 2022.