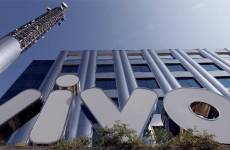 POSTED BY: THE CORNER 8TH JUNE 2020.- Telefonica Brasil (Vivo) and TIM have won the ap­proval of both the National Telecommunications Agency (Anatel) and the Administrative Council of Economic Defense (CADE) for two net­work sha­ring agree­ments in the country. They were signed by the two te­le­com­mu­ni­ca­tions com­pa­nies last December.

The agreements include the creation of a single 3G and 4G network in cities with less than 30,000 inhabitants and the implementation of a single 2G technology network throughout the country. These measures will enable Telefónica’s Brazilian subsidiary to extend its coverage to 400 new cities in the first year of the contract.

The two Brazilian operators signed a Memorandum of Understanding (MoU) in July 2019 to start talks to share networks in the country and look for opportunities in this field. These would enable greater efficiency and cost savings, while maintaining each company’s independence in commercial aspects and customer management.

In December of the same year, the companies agreed to create a single 2G technology network to be implemented in the areas where the two operators are present. The remaining operator will provide mobile connectivity services with this mobile technology to both firms’ customer base.

Telefónica explains that this initiative covers the entire country, around 2,700 cities. It will also involve deactivating redundant sites, which implies “cost reduction and optimisation of spectrum use.”

The second agreement (Single Grid) only covers cities with less than 30,000 inhabitants and aims to create a single 4G and 3G network in locations where only one of the two companies operates (expansion of coverage) and where both operators already offer services (network consolidation).

As for 4G and 3G coverage, they have agreed to expand it in those cities where one of the companies is present and the other doesn’t have coverage. For them, each company will give access to its network in more than 400 municipalities to the other, which means that the total reach of the initiative exceeds 800 cities.