Monte Dei Paschi, About To Be Able To Set Up Its Bad Bank 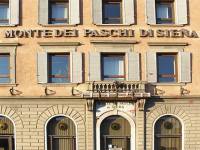 POSTED BY: THE CORNER 3RD JUNE 2020.- The European Commission (EC) has given Banca Monte Dei Paschi Di Siena (MPS) the go-ahead to fi­nally set up a toxic asset res­truc­tu­ring en­tity. The plan has yet to be ap­proved by the ECB and the Italian watchdog (Consob) but there is a high pro­ba­bi­lity of suc­cess. The most im­por­tant thing is that the EC does not con­sider the ope­ra­tion as a form of state aid. The fi­na­li­sa­tion of the pro­cess is planned for en­d-2020 or the be­gin­ning of 2021.

MPS plans to create a bad bank which will combine the bulk of its unproductive assets (doubtful and foreclosed), with an estimated volume of 9.7 billion euros/10 billion euros – equivalent to 7.3/7.5% of the balance sheet. The bad bank would be managed by AMCO (an Italian state-controlled management company) and would allow(1) to value the bank’s productive assets – the valuation multiples of MPS are amongst the lowest in the sector with a Price to Book Value ratio of 0.17x vs the European average of ~0.3/0.4x; (2) to facilitate the cleaning up of the balance sheet, something that would be very difficult in the current environment – the EC estimates a fall of 9.5% in Italy’s GDP for 2020; (3) to significantly reduce the cost of wholesale financing – MPS’ subordinated debt has a cost of 10.5% (vs 1.9% for the sector in Europe) and (4) facilitate a corporate deal.

The Italian State controls 68.25% of the lender after an injection of 8 billion euros in 2017, although the current market capitalization is only 1.491 billion. Monte dei Paschi’s prospects are not good because:

The capital ratio CET1 FL exceeds regulatory requirements, but eased to 11.9% in Q1’20 (vs 12.7% in Q4’19) – in the medium/low range of the European average. Covid19 greatly complicates the sale of unproductive assets in the wholesale market and has a significant impact on capital (around -230/380 bp on average on CET1 in Europe according to the EBA.) Will we see a corporate transaction? Very likely, although not before 2021. Our reasoning is as follows:

(1) the management team has recognized that size is important in an environment of zero rates, low growth, strong competition and limited access to financing.

(2) a merger with another bank would facilitate the exit, or at least allow for a reduction in the State’s participation in the bank’s capital. In principle, the Executive should privatise MPS in 2021.

(2) we believe it unlikely that investment interest will arise before the impact of the coronavirus on provisions and capital is known.

A transaction with other Italian mid-size entities, in a similar situation to MPS and/or a foreign entity with exposure to Italy such as Crédit Agricole and/or BNP Paribas. With regard to the two big Italian banks (Intesa and Unicredit) it is unlikely they will show a serious interest in MPS. Intesa has just launched an acquisition offer for UBI, and Unicredit advocates reducing risks in Italy.