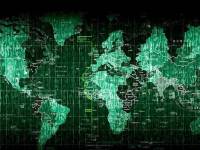 POSTED BY: THE CORNER 27TH JUNE 2020.- Geraldine Sundstrom (PIMCO)|Things are loo­king up, sort of. Economies are slowly reope­ning, and eco­nomic data show en­cou­ra­ging signs of life. While it re­mains un­clear how fast the re­co­very will be or if there will be wi­des­pread re­lapses in COVID-19 cases (some areas are al­ready re­por­ting in­crea­ses) and a re­turn to eco­nomic shut­downs, it is worth con­si­de­ring what to do ahead of a po­ten­tial pos­t-­pan­demic re­co­very that will, even­tually, ma­te­ria­lize.

Typically, it makes sense to increase exposure to cyclical sectors and companies early in the economic cycle in order to enjoy the recovery ahead. However, the old textbook rules may no longer apply in an era of disruption, and they might even bring disappointment. This time, investors may be better off following the money with an eye towards the measures that governments are applying to kick-start their economies. Focusing on these policies may not only help identify potential winners, but also potential losers, given the disruptive nature of some of the stark fiscal action witnessed over the past four months.

While unique and specific to each country or region, the policy moves seen around much of the world have an unusual amount of commonality with substantial support recurring around two broad themes: green and digital. This is a meaningful change from the traditional infrastructure boost applied to recover from previous recessions.

Green: On May 15th of this year, Chancellor Merkel and President Macron proposed a EUR 500 billion Economic Recovery Plan and spelt out clearly: recovery will be different and green. Even China, which has relied on an infrastructure drive to fuel growth over the past two decades, has said that recovery will not be based on bricks and mortar. And South Korea, an export champion, has designed a stimulus package focused on digitalization and de-globalization, which is also protective of public health and the environment.

Against this backdrop, electric vehicles and batteries, as well as solar energy devices, seem prime candidates to benefit from subsidies and government spending. This also happens at a time when technological advances and costs have turned these green alternatives into increasingly palatable options, and not only the luxury of environmentally conscious wealthy nations or the privilege of sunny countries. Further, governments are also likely to increase tax on pollution-heavy processes and habits, keen as they are to go green.

Digital: In a recent article we highlighted the structural and behavioral changes likely to emanate from the COVID pandemic, but this will be further boosted with targeted efforts by governments to support their economies’ ability to compete in an increasingly digital world in building “new infrastructure” around 5G, Wi Fi 6, cloud service providers and data centers, artificial intelligence, big data and smart cities. Among other things, this is expected to lead to increased demand for semiconductors – for instance, moving from a 4G to a 5G network increases semiconductors by 200-300%. In addition to the digital infrastructure mentioned above, companies are being incentivized, both economically and politically, to bring some production back home. But, in order to make this repatriation move worth it, companies will need to increase the automation of their processes in an effort to cut costs. In fact, automation was one of the top priorities mentioned by a high number of company officials during recent, first-quarter earnings calls. Demand for robots is expected to jump sharply over the coming years as these trends unfold and robotics and process automation firms supported by the new digital infrastructure will likely play a big role as the integration of the world economy slows.

Times have changed. The green and digital messages are increasing and hard to ignore. We may be ahead of a new cyclical era, or Cyclicality 2.0. If the previous one was defined by infrastructure projects as the main recipient of public investment funds, this second version of cyclical recovery focuses more on ethereal elements that surround and support us: It’s chips, not bricks, that matter.

We identified some of these themes in our 2019 Secular Outlook, naming six disruptors that are changing the world. It seems that the global pandemic is only accelerating these trends and, as investors, we remain highly vigilant as these shifts will make or break businesses and even entire sectors.

While the uncertainty about secular trends and the more imminent post-pandemic recovery remains high, we see greater certainty that the recovery will be environmentally cleaner and digitall