The COVID-19 Dilemma: Mobility And Economy 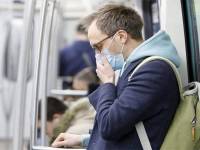 POSTED BY: THE CORNER 17TH JUNE 2020.- CaixaBank Research | The struggle to con­tain the pan­demic has forced most go­vern­ments to im­pose lock­down mea­sures for the po­pu­la­tion. The ob­jec­tive was (and re­mains) to mi­ni­mise the human cost of COVID-19, to pre­vent hos­pi­tals from being ove­rrun and to buy time in order to learn more about and thus combat the vi­rus. However, res­tric­tions on mo­bi­lity come with a sig­ni­fi­cant eco­nomic cost.

Restrictions on mobility come with a significant economic cost At a time when many countries are beginning to gradually lift the lockdown measures, and with the first estimates of GDP for Q1 2020, we can begin to glimpse the impact of the social distancing measures on the economy in this second quarter of 2020.

What Q1 taught us

China went into lockdown in January and the measures were maintained throughout February and March. Most European and American countries, meanwhile, began to impose restrictions on mobility at the end of Q1, but these restrictions remained in place and even intensified during April and May. Indeed, whereas in Q1 the epicentre of the pandemic was in China, it shifted to Europe in April and then to the American continent in May (see first chart).

The differences between countries in the severity and duration of the lockdown measures imposed during the first three months of the year have been reflected in significant diversity in the declines in GDP that their economies suffered in Q1. This relationship between lockdown and economic activity can be clearly observed in the following two charts. Countries with stricter lockdown measures imposed during the first few months of the year – and thus with lower levels of mobility for their citizens – have also suffered the greatest declines in economic activity. For instance, in China, a country with severe lockdown measures in place throughout Q1, GDP contracted by –9.8% (in quarter-on-quarter terms); in Italy and Spain, where the lockdown policies came later but were strict, the decline was of around –5%; while in Germany and the US, countries whose lockdown measures came later and were less severe, the contraction amounted to –2.2% and –1.2%, respectively.

Lockdown, the de-escalation and the economic impact in Q2

The greater incidence of lockdown and social distancing measures during Q2 in Europe and the US will undoubtedly deal an unparalleled blow to these regions’ economies. However, differences both in the severity of the lockdown measures and in the de-escalation plans of the different countries will again lead to significant differences in economic activity. Let us consider these differences by taking advantage of the statistical relationship between the two variables.

Firstly, we conducted an analysis that relates the strictness of the lockdown in place during the first three months of the year, measured using the University of Oxford’s lockdown stringency index, with the impact on economic activity in major economies. We then take this relationship established between lockdown stringency and economic activity and extrapolate it to Q2, based on the severity of the lockdown measures in place during April and May and those projected for June according to the de-escalation plans announced by the various governments.

As the last chart shows, this exercise indicates that the declines in economic activity caused by the lockdown and social distancing measures will intensify in Q2 in the major advanced economies. This is a logical result in that more weeks of the second quarter have been affected by these measures. Nevertheless, it is interesting to note how the magnitude of the lockdown’s impact on economic activity varies by country. In particular, in Spain and France the severity of the lockdown would point towards a drop in economic activity of around 20% quarter-on-quarter, since the lockdown and social distancing measures have been more severe than in most advanced economies and they are being lifted more gradually. At an intermediate level we would find Portugal, with a decline in economic activity that is still substantial but somewhat less pronounced (of the order of 15%). Finally, the economic impact in Germany and the US is estimated to be lower (around 10%),with measures that have been more lax and less widespread.

The indices that capture the strictness of the social distancing measures implemented to curb the spread of COVID-19 provide us with a notion of how severe the declines in economic activity in Q2 could be in the major advanced countries. However, the uncertainty surrounding the available economic activity data and the difficulty in estimating sudden and profound economic movements compel us to take the results obtained with caution. Moreover, the decline that finally materialises will depend on many other factors, such as the success with which the various economies have embraced remote working practices and the magnitude of the economic policy responses to cushion the impact of the shock.