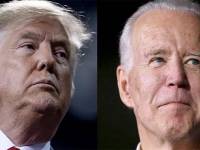 STED BY: THE CORNER 31ST MAY 2020. -When the COVID-19 pan­demic is dis­sected in the 2020 pre­si­den­tial elec­tion de­ba­tes, Donald Trump will be at a di­sad­van­tage. The co­ro­na­virus has ki­lled over 100,000 Americans and maimed thou­sands more. The ca­veat is that deaths per ca­pita, rather than total deaths, better mea­sure na­tional fai­lure, and by that me­tric the US fares better than Belgium, Italy and the United Kingdom.

New York City owns a disproportionate share of the deaths, but this hyperconnected megapolis is an outlier whose misfortunes can’t be used to draw conclusions about administrative competence for the country as a whole.

Nevertheless, even after introducing nuance, the numbers aren’t flattering. President Donald Trump may claim that the US dodged the calamity predicted by the epidemiological models, which foretold millions of deaths. To be fair, we don’t know the counterfactual — Jeremiads aren’t verifiable. The paradox of successful mitigation is that we can’t see the future we dodged, precisely because we avoided it.

Reducing the death count logarithmically, rather than merely arithmetically, won’t be celebrated because as bad as the worst case scenario could have been, the situation still looks awfully bad. Many still disbelieve the high death toll predicted by epidemiologists early on, particularly Trump supporters who believe the response to the virus, specifically the economic shutdown, has been criminally disproportionate. One can’t simultaneously believe that COVID-19 is no more dangerous than the seasonal flu and that Trump saved millions from the coronavirus. The constituency that acknowledges the lethality of COVID-19 and credits Trump for decisive action against it is small.

Trump’s challenger, former Vice President Joe Biden, will charge that fewer Americans would have died had the Trump administration acted earlier. Trump may be accused of having blood on his hands, but such rhetoric is unnecessary. Biden’s team can simply show a montage of Trump’s bombast where he downplayed COVID-19’s lethality, dismissed doctors’ concerns about the shortage of personal protective equipment or exaggerated how well the US was containing the pandemic. Incidentally, the most iconic picture of the administration’s scornful indifference is the current vice president, Michael Pence, visiting a hospital without a mask, surrounded by health-care workers wearing masks.

Cornered, Trump must defend his delay without disputing its causal link with fatalities, as it’s indubitable that every week the country remained open, the virus spread farther and killed more people. He may disperse the blame. Along with Trump, the governor of New York state and the mayor of New York City underestimated the severity of the disease. As late as the middle of March, the mayor was encouraging New Yorkers to visit their neighborhood bars. The virus feasted on administrative incompetence.

But the triangle of incompetence won’t reduce Trump’s culpability. He’s the captain of the ship. Even though this odd vessel has many first mates, each of whom can ignore their captain in a pandemic, he can’t accuse his first mates of being mutineers making bad decisions when he made the same bad decisions. Trump may say that COVID-19 outfoxed even the experts, who underestimated the seriousness of the virus early on even as they watched as Beijing quarantined Wuhan. Experts eventually corrected themselves when the facts about COVID-19 emerged. Trump may say that he, too, corrected himself.

He may allege that by quibbling incessantly about the effectiveness of masks and travel restrictions, the experts muddied common sense pandemic prescriptions. He may accuse the Centers for Disease Control and Prevention (CDC) of failing ungraciously to spot the severity of the pandemic. The CDC is to global pandemics what the CIA is to global terrorism. Over time, its scope has increased, and now it deals with way more than just bacilli. The CDC has taken on non-infectious pathogens such as chronic disease, smoking and gun control, with gusto. It has become another chronically underfunded, bloated, politicized bureaucracy, with a mission so boundless that it fails at the most salient.

But blaming scientists and institutions will seem unpresidential, even by Trump’s standards, because as flawed as they may be, they’re still American ornaments. Furthermore, he risks losing independent voters who want to see their leaders accept responsibility for their actions. How will Trump straddle the fine line between accepting his responsibility and admitting his incompetence?

Trump’s wild card is China. How astutely he plays his hand will determine how easily he extricates himself from the coronavirus pit. One needn’t cite conspiracy theories about the Communist Party of China (CCP) deliberately setting the virus free to usher in a new economic world order, to acknowledge that China’s behavior was suspicious from the start. Beijing silenced the whistleblowers who tried alerting the world to human-to-human transmission. The Chinese authorities knew much more much earlier than they shared with the world — at worst deceitful, at best opaque.

China’s actions make the origin of the virus, whether the laboratory or the wet food market, irrelevant. That the provenance of the virus was China could be considered unfortunate and of no fault of the CCP. Trump could make his criticism precise: that CCP’s fault isn’t that the virus originated in or spread from China, or the time it took to control the virus, but that they could have warned the international community much earlier about its severity but chose not to. He’ll say that their delay cost lives and wrecked economies.

Trump could turn his nemesis — the lack of timely response — to his advantage. Biden may be flat-footed on China. The Democrats haven’t pursued the China angle because blaming Beijing for America’s woes exculpates Trump. Though no law of conservation of incompetence exists, for a political narrative to succeed, either Trump or China can have blood on hands, not both.

Instead, the Democrats have framed China-bashing as racism. For instance, they have labeled those who allude to the virus’s provenance by calling it the “Chinese virus” or “Wuhan virus” racist — a transmogrification of taxonomy since viruses are often named after their places of origin, like Ebola, named after a river in the Democratic Republic of Congo. Trump unapologetically refers to COVID-19 by its Far Eastern roots, earning the now standard epithet, “racist.” Recently, New York’s Governor Andrew Cuomo called COVID-19 the “European virus,” likely more to troll Trump than signify the virus’ peripatetic nature.

“European virus” sounds debonair but could backfire if the anger against China swells. Anger could rise both nationally and internationally if the global economy doesn’t recover and high unemployment becomes chronic. It’ll be easy making the case that blaming the CCP isn’t blaming the Chinese, or indeed that the Chinese people can’t be blamed for the actions of a government they neither voted in nor can vote out.

Another schism in politics is that Republicans and Democrats disagree on which communist country to court. Formerly, both agreed that the former Soviet Union was the enemy. The elections were a contest of who could flex more muscle against the Soviets. Latterly, the Republicans in general and Trump in particular have become partial to Russia. For the Democrats, Trump’s fondness for Russia isn’t a geopolitical strategy but the natural affinity of a boorish, immoral president for a crooked regime. Russia has transformed from Evil Ming to a habitually lying, chronically drunk, Dickensian recidivist. Vladimir Putin is viewed as Trump’s Fagin.

China shouldn’t be different. The Democrats should call out the CCP for its treatment of Uighur Muslims, exploitation of workers in sweatshops and contribution to climate change. But they don’t, partly because Trump is anti-China but mostly because they’re envious of what the autocratic CCP achieves. Many American academics have ties with China. Chinese buy American bonds and indulge American expertise. In return, America overlooks Beijing’s abuses.

Ironically, a Republican, President Richard Nixon, first courted China. But reversals are common in politics. What one side thinks is often determined by what the other side is thinking. Trump baited China long before the pandemic. He imposed trade tariffs, in line with his protectionist policies. In the midst of a trade war, many manufacturers have since left China. Trump may argue that his policies were prescient and should be extended so that the US relies less on China for its supply chains, that given the pandemic it’d be unwise placing all the eggs in one basket.

Trump will make China public enemy number one. He could demand reparations. Whether Beijing complies is immaterial. The angry rhetoric will soothe those who would have seen lives, jobs and freedoms disappear because of COVID-19.

Biden must decide between joining the anti-CCP chorus and out-Trumping Trump on China, or focusing on America’s own failures. If Biden doesn’t up the ante on China, Trump could accuse him and the Democrats of being Beijing’s apologists. China could be to the Democrats what Russia was to the Republicans — a chronically asphyxiating noose around their necks. Trump’s China pivot depends on the public mood in November. If the people are angry, but not very angry, they may hold the incumbent, not China, responsible for their travails. What’s certain is that this will be the most vicious election ever. A nasty pandemonium will follow a nasty pandemic.