Preliminary as­sess­ment of the Covid

European Banks: Asset Quality Ratios Are Not Proportional To The Extent Of Their Impairment 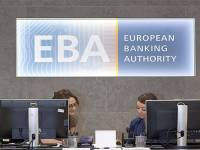 However, the report concludes that the banks’ solvency reserves “are expected to enable them to withstand potential credit risk losses arising from a sensitivity analysis based on the 2018 bank stress tests”.

The messages in the EBA’s report are in line with our expectations for a significant deterioration in asset quality. The EBA said yesterday that the sensitivity analysis it has carried out indicates that European banks’ credit losses could reach 3.8% of risk-weighted assets (RWA). This is based on a significant increase in non-performing loans from the current figure of €528 Bn, representing 3.1% of loans.

One of the weaknesses the report highlights is the potential performance of lending to those sectors most vulnerable to the current economic crisis, which represent about 18% of the European banks’ loan portfolio; according to the EBA, the Southern European systems’ exposure would be greater.

As we have mentioned in our Q1’20 review of the results of the banks we cover, we believe the asset quality ratios that the lenders have published so far (including generic extraordinary provisions related to the Covid-19 impact) are not proportional to the magnitude of the asset quality impairement that could be expected in the current environment.

Whatsmore, the increasingly deteriorating macroeconomic forecasts for most euro area economies are, on the other hand, based on a “looking ahead” approach encouraged by regulators. This assumes a remarkable economic recovery towards end-2020 and in 2021. Therefore, in our view, problem assets can be expected to start growing relatively quickly towards the third and fourth quarters of 2020.

Particularly if some of the packages introduced by European governments to support private sector access to credit through guarantees, as well as to boost employment, are more or less withdrawn at that time, and are not extended in any way. The EBA report also highlights a similar message to that transmitted by the ECB in the past on the importance of maintaining a continuous “proper risk assessment.”

This suggests to us that, unlike the minimum regulatory requirements approach, the regulatory approach will have no tolerance on the asset quality front. And the banks’ problematic asset ratios will eventually reflect the underlying deterioration in asset quality that we anticipate. It should be noted that in March, the EBA announced a delay in the stress testing already taking place in 2020 until 2021. This could mean that the next EBA sensitivity exercise could capture some of the deterioration in asset quality that we expect to start being felt later in 2020 and in early 2021.

It is also worth noting that the EBA’s key conclusion is that the “solvency of the European banking sector, on average, would be sufficient to cover possible losses generated in the most extreme credit shock scenario, while maintaining a cushion equivalent to 1.1pp of RWA above the total solvency requirements for banks.”

The EBA stresses that banks benefit from this aspect of having entered the crisis with higher solvency cushions than in the previous crisis.” The report mentions that the average CET1 ratio increased from 9% in 2009 to almost 15% in Q4’19, with a cushion over Pillar 2 requirements of almost 3% on average.

Banks have benefited from “the capital measures put in place by EU regulators to mitigate the effects of the crisis,” which according to the EBA “will free up up about 2% of risk-weighted assets.” It should also be noted, however, that the report stresses that “the extent to which banks will be affected by the crisis is likely to differ significantly depending on how the crisis develops, the level of each bank’s starting capital and the size of its exposure to the most affected sectors.”