The tou­rism season will start soon 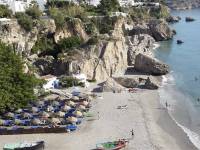 POSTED BY: THE CORNER 25TH MAY 2020 Today 25th may, Spain is ta­king another step to­wards the “new nor­mal”. A large part of the country, up to 29 pro­vinces (out of a total of 50), plus the au­to­no­mous ci­ties of Ceuta and Melilla, are now en­te­ring Phase 2. Meanwhile, Madrid, which is the country’s eco­nomic dri­ver, Barcelona and Castilla y León, the areas most af­fected by the pan­de­mic, are mo­ving into Phase 1.

Also remaining in Phase 1, where they had already entered, are the Community of Valencia, Malaga, Granada, Toledo, Ciudad Real, Albacete, the south of the Lérida province and the north of the Barcelona province. In the Phase 1 regions, the hotel and restaurant sector will be one of the biggest beneficiaries as open-air terraces are allowed to reopen with a maximum capacity of 50%.

However, access to the interior of bars and restaurants will remain forbidden. Tourist accommodation will also be allowed to reopen – although with closed communal areas – and large parks such as Retiro, Casa de Campo and Madrid Río in Madrid will open up from today. The government is also looking at the possibility of reducing the duration of each phase -currently two weeks- if conditions allow it, with the aim of reactivating tourism.

In fact the government announced this weekend that the tourism season will start at end-June for the Spanish population and at the beginning of July for foreigner visitors. This is good news given that over the last 10 days, the sector was concerned about the summer season, after the government announced that travellers from abroad would have to go into a 14-day isolation phase. Market analysts understand this restrictive measure will be lifted to avoid greater problems for an industry which accounts for over 12% of Spain’s GDP.

In fact, the National Institute of Statistics reported on Friday that the closure of hotels to the general public due to the state of alarm has meant that there has been zero tourism activity in hotels during April. So overnight stays in Spanish hotels fell by 100% in the fourth month of the year. The large Spanish hotel chains are starting to reopen outside Spain, but they do not plan to start opening inside the country until June or July. Some admit that many establishments will not be operating in 2020.